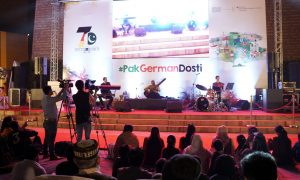 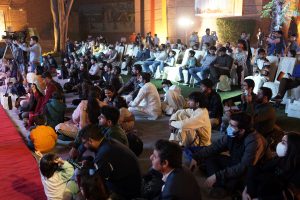 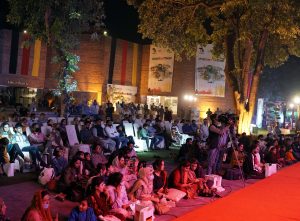 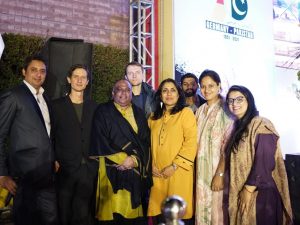 Ashraf Sharif Khan (Sitar player) was born in 1969 in Lahore. He is the son of renowned sitar master Ustad Muhammad Sharif Khan Poonchwala. His music combines an astonishing technical proficiency with perfection in musical expression. The melodic beauty of his style, accentuated by his dynamic rhythmic development and virtuoso technique provide an unforgettable musical experience for longtime aficionados of South Asian music and for newcomers alike. His music transcends regional boundaries, and is accessible to all. It is universal in scope. He has been living in Hamburg since many years.

Janosch Pangritz (on drums)studied Jazz drums at the Academy of Music and Dramatic Arts Southern Denmark. Many study tours took him among others, to South Asia and to the US, where he found further inspiration for his drumming style and was also able to fine tune his technical skills. In 2012 he won the prestigious Prize in the European Jazz Contest in Rome. He currently resides in Hamburg.

Patrycjusz Baumann (on keyboard) has been trained in classical piano since early childhood. He studied under Karl-Heinz Kämmerling and Alfredo Perl. In 2014 he was awarded the prestigious artist-in-residence programme by the renowned international music festival in Goslar, Germany. He has been touring many countries in Europe as well as Japan, Ghana and China. He is a recipient of the „International Piano Competition Andrej Dumortier“ in Belgium. He also received a scholarship by the foundation “Yenuhin Menuhin – live music now“. He currently lives and works in Hamburg.